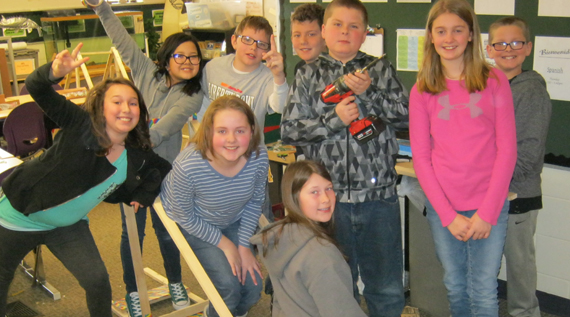 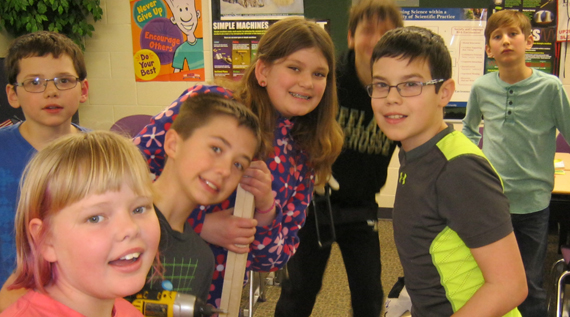 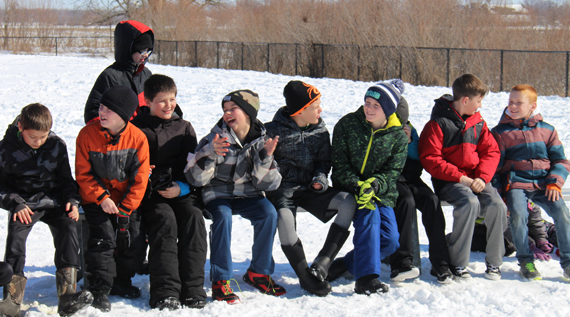 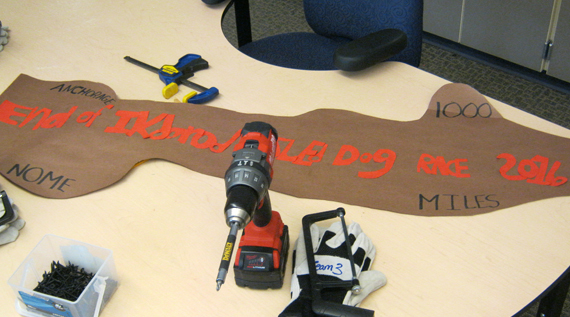 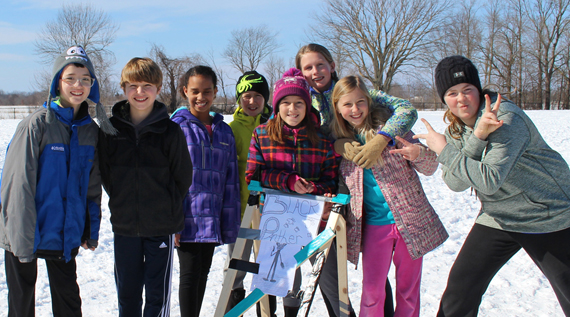 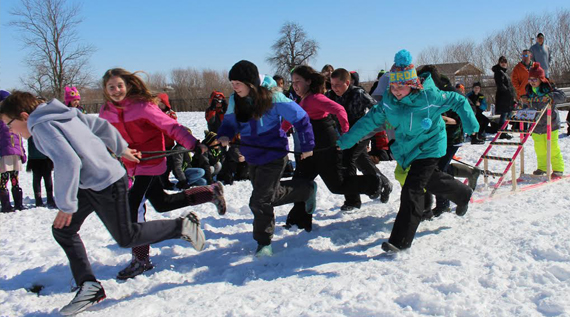 “We spend a lot of time reading and writing about the Iditarod itself focusing on the enduring themes of perseverance, determination, dedication, and ultimately being willing to work hard even if we fail.” —Ben Braymer, Zeeland Public School Teacher

No, not the Iditarod. That’s the famous dogsled race from Anchorage to Nome, Alaska. Mushers and their 16-dog sled teams cover the distance over the course of between nine and 15 grueling days.

The Ikidarod is the Quincy fifth grade’s version of the original. It’s not grueling and it’s not nearly as famous as its namesake, but, boy, what a learning opportunity.

Teacher Ben Braymer – an Iditarod fan who races a team in the U.P. each winter and owns a sled dog named Baloo – created the Ikidarod three years ago to engage his students in a project-based learning experience.

“We spend a lot of time reading and writing about the Iditarod itself focusing on the enduring themes of perseverance, determination, dedication, and ultimately being willing to work hard even if we fail,” says Braymer. “We also talk about how we learn more from our failures that we do our successes, focusing on the growth mindset.  This year we spent about three hours building the sleds as a fun culmination of our force and motion studies - balanced and unbalanced forces, friction, and inertia.”

After the sleds are ready, students race them against one another in an event that has become a highlight of the school’s academic calendar. The students act as mushers and sled dogs. They have a ball and aren’t even aware they’re learning key concepts, teamwork, collaboration, analysis and problem-solving.

“It was so fun!” says Jayce Dykstra, 10, member of the Pizza Planet team whose sled made it across the finish line in 14 seconds. Their sled was fast, but not fast enough to win the race. The team later realized it was too big, which allowed snow to collect on it and slow down the dog team.

But it didn’t matter.

“I learned that (building the sled) involved a lot of teamwork and sharing and stuff and you had to be patient with everyone,” said Jayce. “But I think people did really well with that.  It was just a really fun experience.”

Braymer says he’s a strong believer in the power of learning by doing.

“I think the ultimate goal of any education system is to teach kids to love learning,” he said. “At the beginning of this, I say ‘Iditarod’ and they go ‘Uuugh.’ But by the end, they want more. They don’t want to move onto the next unit. That’s the power behind this.”

The annual race has become so popular that the school added an “Iditaread” challenge as part of March is Reading Month. Classrooms that reach assigned reading goals get a meet and greet with Baloo the sled dog.

She went into the project “kinda shy,” she says. But by the end, her team’s sled, Silver Bullet, had won the Ikidarod because of its stable design that featured extra bracing between the skis.

“I didn’t really want to do any of the drilling and sawing,” she said. “But once I saw how friendly my team was and how they gave everyone a chance, I really thought it was great. I learned that working with others and having teamwork is really important. It was fun building it, a really cool experience.”

“The network OASSN provides has been wonderful in connecting schools, law enforcement, mental health services and community organizations for the safety and security of our students and our community as a whole.” —Leslie Philipps, Assistant Superintendent for Jenison Public Schools