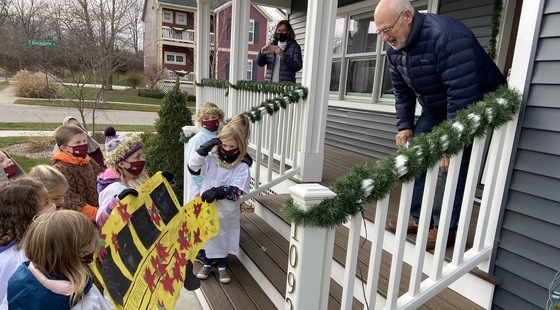 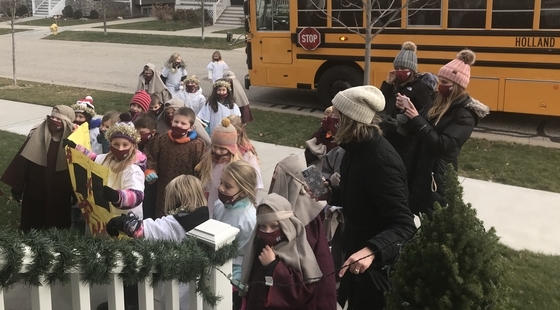 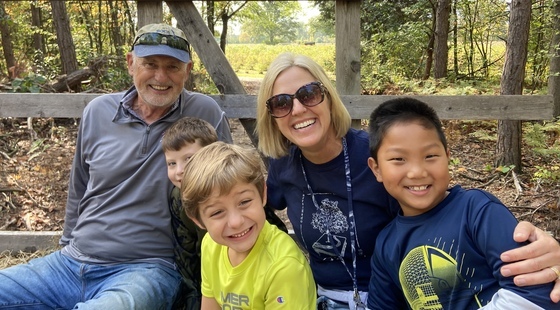 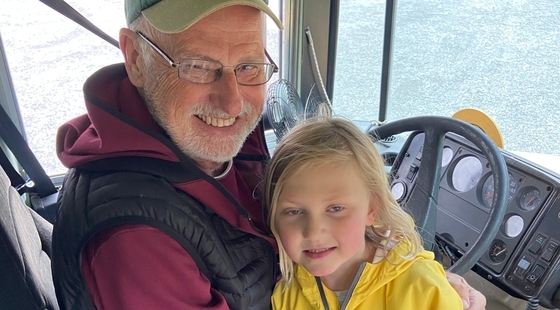 “I felt like I was really doing something and making a difference.” —Rick Blauwkamp, bus driver

Ask Rick Blauwkamp what the best part of retirement is, and he might just say his job as a school bus driver for Holland Christian Schools and Innocademy in Zeeland.

Rick retired in 2010 and soon realized for him, retirement isn’t doing “nothing”, it’s doing something different. He wanted to try something fun, so he became a bus driver for Holland Christian Schools.

“After the COVID-19 lockdowns I was eager to get back to work,” Rick says. “If I didn’t drive the school bus, I thought it would be difficult to find someone else. And the kids are pretty important.”

He makes it a point to give every student a smile and a good morning. “You don’t know what they’ve been through and gone through,” Rick says. “If I can get students to their teachers in a positive mood it makes the transition a little nicer for everyone.”

First-grade teacher Sheila Dokter said Rick would often drive a bus for their outdoor learning opportunities and many times would come along with the students on their hikes.

“The class was always eager to share with him some of what we were learning about and adopted him as a grandpa,” Sheila says. “One year his granddaughter was in my class and referred to him as ‘Papa Rick’. It wasn't long before my students switched over and used this endearing title for him. In his special way, he just welcomed these kids into his heart.”

And the feeling is mutual.

First-grade classes at Holland Christian participate in a “Blessings Tour” every December where students choose places to visit and gifts to give as a surprise throughout the Holland area. Activities include giving free coffee outside of Meijer, singing outside nursing home windows, placing pennies for free rides on the Meijer horse, and delivering Christmas cookies.

When Rick was home recovering from a health incident, Sheila’s first-grade class missed him dearly and decided to surprise Papa Rick on their Blessings Tour. A busload of first graders stopped by his house to sing Christmas carols and recite Bible verses to lift his spirits and show how much they missed him.

“When the kids visited me, it made me feel wonderful and valued,” Rick says. “I felt like I was really doing something and making a difference.”

“We often hear the Power H Shop is a big blessing for families. And that is why we’re here!”—Lauren Gray, OCSN Coordinator for Holland High School